Okay, it’s time to get a little bit sentimental. Long term fans of Bundy Brewed Drinks may remember there was a time when the Bundaberg Brewed Drinks range included Horehound Beer.

Despite the fact Horehound Beer has not been in production for many years, it is still talked about fondly by those who enjoyed this brew.

Let’s take a moment to pay tribute to this drink of yesteryear.

Horehound Beer might seem like an unusual name for a drink but it is actually derived from the main ingredient used to make this brew.

Horehound is… a plant. More specifically, horehound is a flowering variety of the mint family.

It is considered a native or naturalised plant across Europe, Asia, the Americas, and northern Africa. Horehounds can also be found growing wildly in Australia and New Zealand but are considered a noxious species in these countries.

It was historically consumed for medicinal and therapeutic purposes even as far back as BC times. In the early 1900’s, Horehound started to be used to make lollies and candies.

The horehound herb has also been used to make cordials and up until the 20th century was reasonably popular with home brewers making their own horehound ales and brews.

When Bundaberg Brewed Drinks was producing Horehound Beer it was made as a non-alcoholic soft drink brewed using traditional methods.

What is Horehound Beer?

As part of the Bundaberg Brewed Drinks range, Horehound Beer was a soft drink and great alternative to alcohol. Like all of our drinks, it was traditionally brewed from real ingredients for a full flavour.

Our version of Horehound Beer was naturally brewed from horehound hops and herbs. It was packaged in our famous traditional stubby bottles with a rip cap.

If you have tried Horehound Beer then you will probably remember the distinct taste. You may also appreciate how difficult it is to describe that taste to other people.

If you never did get a chance to taste Horehound Beer the taste is so unique that it can’t really be compared to a common flavour. Some people describe it like a sweet beer, quite hoppy, dry and bitter… but also sweet at the same time.

The flavour is sweet, but much more bitter and herby than commonly found soft drinks. Trying to offer a written description of the taste is a bit tricky. If you did try the Horehound Beer back in the day we would love to hear how you would describe the taste by sharing your thoughts in the comments section under this article. 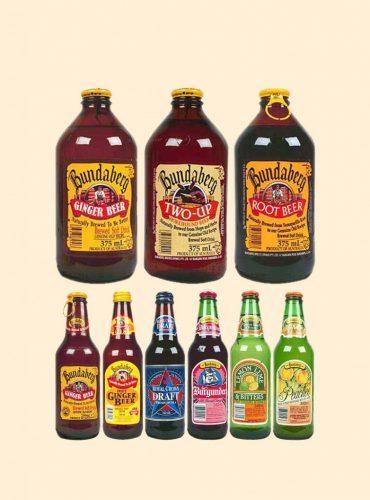 Are there any plans to bring back Horehound Beer?

At this stage there are no plans to bring Horehound Beer back into production. While we are aware this drink had (and still has) many passionate fans, it’s not the right time for us to be brewing this drink.

Though, we never say never.

Although we don’t make Horehound Beer anymore we are very proud of all our drinks that bring back fond memories for so many people.

What are your memories of Horehound Beer? Let us know in the comments.