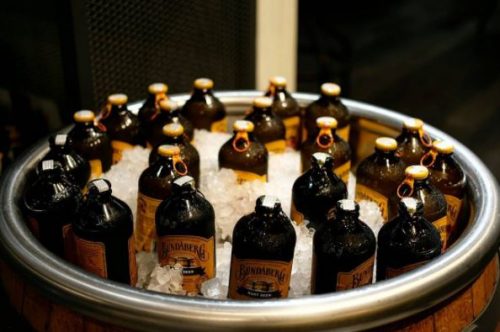 The Bundaberg Brewniverse stretches far and wide, meaning some members of the brew crew will see their brews a little differently to others. In America and the United Kingdom for example, you will find Bundaberg Root Beer on the shelves of supermarkets, whereas in Australia and New Zealand you will find Bundaberg Sarsaparilla. Even though these brews do not share a name, they are the same – both crafted over three days using real liquorice root, sarsaparilla root, molasses and vanilla beans. In fact, no matter what the brew is called, it was brewed right here in our hometown of Bundaberg, Australia to the exact same recipe.

While Root Beer and Sarsaparilla might be alternate names for the same Bundaberg brew, traditionally speaking, they are two different drinks that have a separate and distinct history. So, we decided to have a look back through the history books… 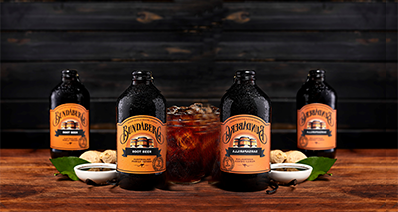 The history of Root Beer and Sarsaparilla

Sarsaparilla and Root Beer were founded by the Native Americans before arriving in Europe. Both beverages are named after their distinct differences in ingredients when they were first made. Sarsaparilla was made from the Sarsaparilla vine, while Root Beer, roots of the sassafras tree. These days, Root Beer recipes do not include sassafras as the plant has been found to cause serious health issues. The vine was banned by the American Food and Drug Administration for commercial food production in 1960.

While they can appear similar and often be confused, there has always been a difference between the beverages, traditionally Sarsaparilla was made from the sarsaparilla root alone.  The extract made from sarsaparilla root has a slightly bitter flavour profile, which is why most producers now include ingredients like liquorice to try and reduce the bold flavour. 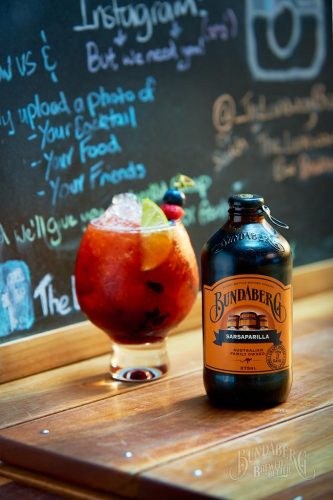 The difference between our Sarsaparilla and the rest of the worlds’ is in the brewing. Our Sarsaparilla is a rich, complex drink using liquorice root, ginger root, vanilla bean, sarsaparilla root and molasses. We take these real ingredients and brew them over three days, creating a unique and wonderful flavour!

The name “Sarsaparilla” originated from the Spanish word “zarzaparrilla.” Native Americans taught the Spaniards about the plant, who brought it back to Europe. Some people believe Sarsaparilla has been around for much longer than Root Beer and people’s dislike for the strong taste of the Sarsaparilla led to the creation of Root Beer. We have heard rumours our ‘Sars’ is a key ingredient for making the world’s best barbeque sauce. 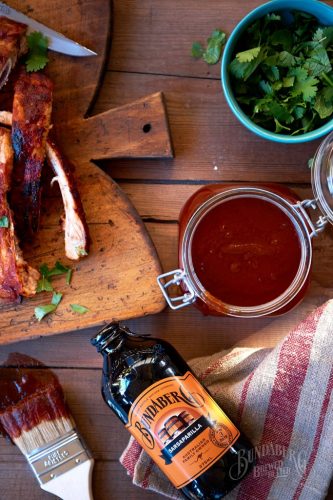 You can find our Sarsaparilla barbeque sauce recipe here.

Root Beer is heavily engrained in American culture, becoming prominent in the 19th century, having been sold in stores since the 1840s and recipes documented since the 1860s. Some describe root beer as an ‘adulterated sarsaparilla’ because it contains a mix of flavour enhancing ingredients. Most brewers choose to add vanilla, wintergreen, liquorice root, nutmeg, acacia, anise, molasses, cinnamon, clove or honey to their recipes. 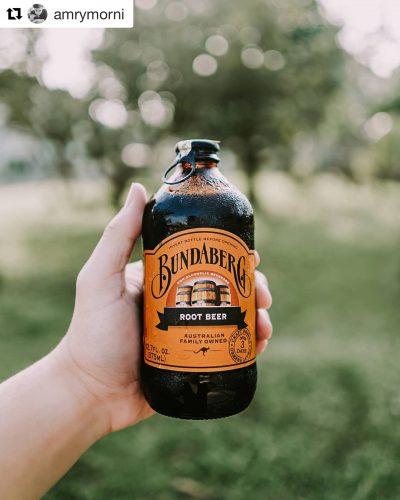 As Bundaberg Root Beer and Bundaberg Sarsaparilla are the same brew, you already know about the real ingredients and brewing process. Our ingredients are locally sourced ingredients, meaning our brew has a distinctive flavour, which stands out from most root beers. Producing this remarkable combination of flavours is often compared to making tea – using a three-day process to extract a range of complex flavours. We have it on good authority our brew is perfect for a Root Beer Float.

In 1875, Charles Elmer Hires introduced the first commercial brand of root beer, named Hires Root Beer. Hires initially wanted to name the product to be “Root Tea,” but chose “Root Beer,” to make the beverage attractive to Pennsylvanian coal miners.  Hires, who did not drink alcohol, marketed root beer as an alternative to alcohol.